March 26, 2015, the conference on “the 80th Anniversary of Sinology in Turkey” was held in Confucius Institute at Bogazici University. The Chinese Ambassador to Turkey, H.E. Yu Hongyang, Cultural Counselor Zhu Zihao, as well as officials from China’s Ministry of Culture and Turkey’s Ministry of Culture and Tourism presented. Around 20 scholars from all over Turkey participated in and contributed to the conference.
Before the conference, Rector of Bogazici University Prof. Dr. Gulay Barbarsoglu had a meeting with Ambassador Yu Hongyang and the Chinese delegation from Ministry of Culture. The Rector and Ambassador highly praised the work of Confucius Institute as a bridge of cultural exchanges between China and Turkey, and hoped to develop more cooperation in the future.

Chairman of Sinology Department of Ankara University, Prof. Bulent Okay, shared the history of Sinology in Turkey. It is under Ataturk’s directive that Ankara University founded the first Sinology department in 1935, and now it has passed 80 years. Prof. Eyup Saritas from Istanbul University discussed the key works of early Sinologists, such as Wolfram Eberhard, a leading figure in this field. Prof. Isenbike Togan from Bogazici University said there was a threshold of Sinology in Turkey, from concern on the history of Turks to a comprehensive study of China itself.

A new generation of scholars joined the new approach of China studies from perspectives of social sciences. Prof. Mustafa Soykut from Middle East Technical University discussed the cultural and religious exchange through the Silk Road. Prof. Erhan Akdemir discussed the theoretical issues of the East and the West. Prof. Cagadas Ungor Sunar from Marmara University compared the soft power between China and Turkey, with examples of Confucius Institute and CCTV. Dr. Kadir Temiz from Bogazici University talked about Turkey’s possible role in the initiative of “One-Belt-One-Road.” Another Bogazici scholar Dr. Altay Atli discussed China’s contribution to G20 and its role in global economic governance.

Confucius Institute has a special role in the development of Sinology. CI Director of Bogaizici University, Dr. Yi Liu, said that understanding and research should be mutual-when we encourage Turkish scholars to do more research on China, Chinese scholars should also try to understand Turkey. CI Director of Middle East Technical University Dr. Changqing Wu shared a survey on Turkish students who are learning Chinese. CI Director of Orkan University discussed the future development of CI in Turkey. Dr. Ceren Ergenc and Dr. Nurcan Turker reported the situation of China studies in Turkey.

At the conclusion, Ambassador Yu Hongyang confirmed the achievements of this conference and proposed some specific suggestions- to have an association and to publish a journal on China studies. He also hoped that such kind of conferences can continue as a series. 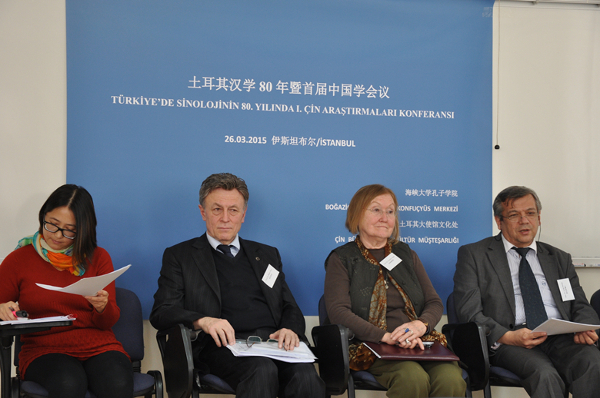 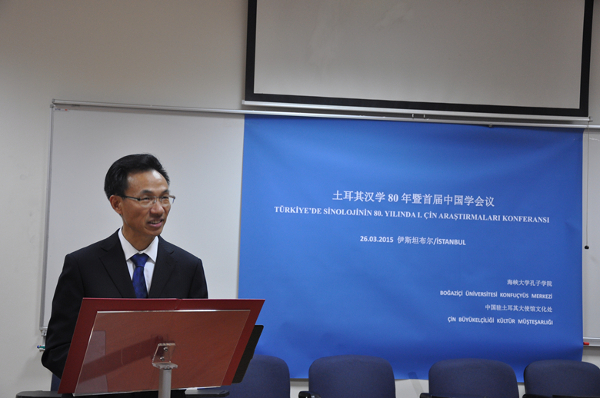 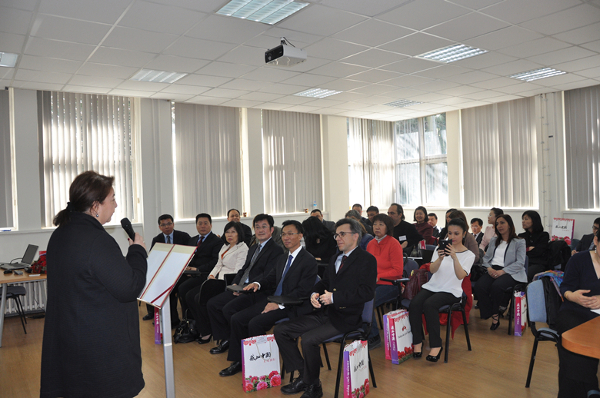